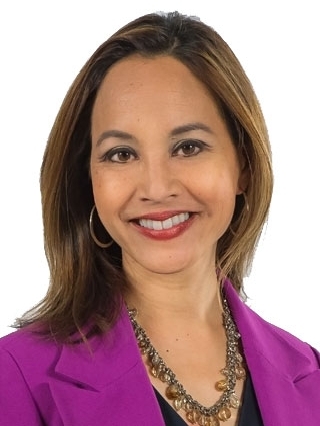 SUZANNE PHAN joined KOMO News in June 2016 as a News Reporter. She brings 20 years of experience in reporting and is thrilled to make the Pacific Northwest her new home. She was born and raised in San Diego, but spent the past 16 years reporting in Sacramento, California.

Her ability to fluently speak multiple languages-- including Spanish, Chinese, and Vietnamese- has made her a valuable asset to newsrooms and the community.

An avid adventurer, Suzanne has traveled to more than 20 countries. With her husband, Ryan Yamamoto, also a newsie at KOMONews, she has backpacked through India, Mexico, and Southeast Asia. Suzanne survived a solo excursion through Guatemala and Honduras during some unexpected civil unrest. When she’s not at work, she looks for opportunities to combine her love of travel to developing countries and her multimedia reporting skills.

Before coming to KOMO News, Suzanne reported for ABC10 News and KCRA3 News in Sacramento. She has also reported in various other cities including: Modesto, San Luis Obispo, Santa Maria, Santa Barbara, and Carlsbad, California. She started her news career as a writer at KNSD NBC 7/39 in San Diego.

Among the notable stories Suzanne has covered: the Angora Fire in Tahoe, Delta and Dawn—the wayward whales in the Sacramento Delta, the historic recall of California Governor Gray Davis, the Laci Peterson murder investigation and the Chandra Levy murder investigation in Modesto, and Heaven’s Gate Mass Suicides north of San Diego.

Suzanne is active in the Asian American Journalists Association, where she served three terms as co-president while in Sacramento. Her strong community involvement also includes various citizens academies, including the FBI and District Attorney programs. She is a 2009 Loyola Journalist Law School fellow.

Suzanne graduated from University of California, San Diego with degrees in Political Science and Communication with a minor in Chinese Studies. Her education has taken her from Beijing University to Georgetown University to the Instituto del Falcon in Guanajuato, Mexico. Suzanne also had the opportunity to intern with CNN in Beijing while studying in China for the year. She also had a chance to work closely with CNN’s Investigative Unit in Washington, D.C. for a summer in college.

One of Suzanne’s guiding principles is the importance of education. Her parents and several of her aunts and uncles came to the United States from Vietnam as foreign exchange students thanks to academic scholarships. Her mother has always stressed the need to “equip yourself through education.” Because of that, Suzanne has always been interested in learning and broadening her understanding of different backgrounds and cultures.