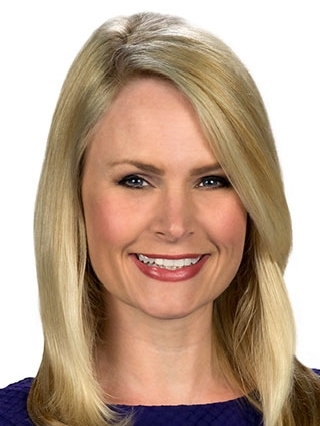 Meteorologist Shannon O'Donnell joined the KOMO4 Forecast Team in 2009. She covers the weather for Western Washington on the weekday evening shows for KOMO4 News & KOMO Newsradio.

Hailing from the Sammamish Plateau, Shannon is a graduate of Redmond High School and the University of Washington, where she earned a B.S. in Atmospheric Sciences. She earned her AMS Seal of Approval in 1998.

Shannon's love for 'all things atmospheric' began as a 7-year-old, when her Bellevue elementary school covered a unit on weather. Famous local forecaster Harry Wappler came for a visit during their studies, and Shannon was hooked...she loved the weather and loved to talk, so decided on a career that combined the two! Shannon enjoys the full circle experience of bringing weather education back into the classroom. She frequently visits area elementary schools with her traveling 'weatherwise' presentation, which enables the children to better understand concepts like pressure, clouds, precipitation and lightning as they assist her with various experiments. Her STEM outreach has been featured in publications by the Girl Scouts and Microsoft.

Before joining KOMO, Shannon was the morning meteorologist for seven years at the San Francisco NBC station, KNTV. While in the Bay Area, she was invited to guest-anchor many times on the national level at MSNBC and Early Today, and enjoyed working alongside the Today Show's Al Roker.

She was also a meteorologist for KING and NWCN from 1995 to 2000, and again in 2008. While in college, Shannon worked as a weather producer at KOMO, and credits Steve Pool's relentless lessons in front of the green screen for helping her make the leap to on-camera work!

As an undergrad at the University of Washington, Shannon worked as a research assistant in the Department of Atmospheric Sciences for famed Professor Robert A. Houze, Jr. Her duties included flying in P-3 aircraft over the Pacific to gather data designed to improve northwest storm forecasting, and launching radiosondes (weather balloons) from the decks of NOAA research ships. She is now back in the Department assisting with various research projects, including the Olympex field campaign, a ground-based effort to calibrate and validate precipitation measurements made by the Global Precipitation Measurement (GPM) constellation of satellites over the Olympic Peninsula. In 2020, Shannon developed and launched a 'Media & Meteorology' class, helping the next generation of prognosticators learn to forecast and present weather and science information via the 'UW Dawgcast'.

Shannon has received numerous awards in her field, including 'Best Meteorologist' by the Golden Gate Chapter of the American Women in Radio in Television in 2005 and 2006. She was part of the multiple Emmy-winning morning news program at KNTV, and has been featured in Men's Health magazine.

Shannon is working on a few pieces of children's literature that she hopes to publish to help benefit the National Sarcoidosis Foundation and the Leukemia/Lymphoma Society. She lives in Seattle with her husband, three children, and Golden Retriever Max.

In her spare time, Shannon enjoys reading, gardening, running, skiing and cooking. She authors the Rainy Day Cafe Blog on komonews.com, and enjoys showcasing tasty seasonal recipes sent in by our viewers. If you have a delicious recipe to share, please send it in along with a picture to sodonnell@komonews.com, and you may see your dish on our airwaves and website.