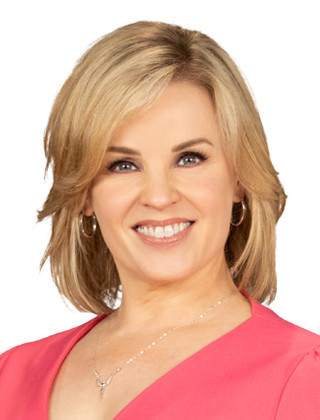 Rebecca Stevenson is a meteorologist and member of the KOMO 4cast team. She has held the American Meteorological Society seal of approval since 2004.

“Pacific Northwest weather has been the most fun and the most challenging to forecast. I’ve spent the better part of the last 25 years studying the unique microclimates and attending Pacific Northwest Weather Workshops every year. I credit the hard work of researchers and instructors at the University of Washington and the Seattle office of the National Weather Service for providing an encouraging environment to grow as a forecaster and excel in communicating impactful weather across Washington state.”

Rebecca grew up in Pensacola, Florida where she developed a healthy respect for hurricanes, tropical depressions, and high humidity. Plotting hurricanes on a map and waiting for the destructive wind and heavy rain that came with each was early preparation for further education in meteorology. Rebecca remembers waiting outside in high humidity and heat while in line with neighbors to get fresh batteries and water. Power was sometimes out for a week while the city recovered from these devastating storms.

Rebecca attended college in Tarkio, Missouri where she experienced spring tornadoes and winter blizzards. She remembers the four seasons of the year clearly defined in smell, color, and temperature. The trees showed off each season the best. It was a dramatic difference from the warm humidity of the south.

After moving to Seattle and working a temporary job on the 27th floor of the old Seafirst building, Rebecca experienced the Inauguration Day Windstorm of 1993. The wind was strong, but the architecture performed as designed - swaying back and forth - and changing the skyline view from the tall windows from east to west.

In February 2001, Rebecca was just finishing a weather report on Northwest Cable News as the Nisqually earthquake began rocking and rolling. She has worked through the last three record-breaking all-time high temperatures recorded at Sea-Tac. The first was 100 degrees in 1994, followed by 103 in 2009, and the all-time high of 108 degrees in 2021. Numerous snowstorms, windstorms, and river flooding events have helped Rebecca fine tune the important weather forecasts that help Western Washington residents not just plan their day but prepare for upcoming weather events.

Rebecca completed a three-year meteorology certification from Mississippi State University and continued education towards a second Bachelor of Science degree.

Rebecca has contributed work to all four Seattle television stations, saving the best for last.