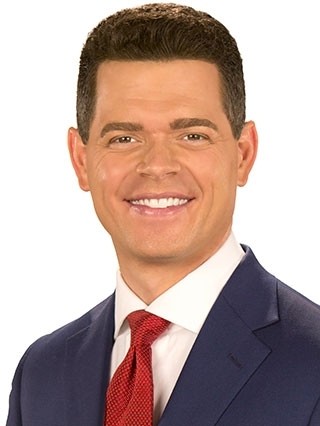 While at KOMO, Preston has broken several major stories on the air, including what is now known as the "Sandpoint Carjacking," after a gunman opened fire on a King County Metro Bus, hitting the driver, then carjacking two cars, shooting and killing one driver, then killing another in a head on collision. Preston broke the story with LIVE Seattle traffic cameras over the scene, taking viewers through the chaos as it unfolded, more than 30 minutes ahead of other Seattle stations.

On the evening of a deadly shooting in Downtown Seattle that left 1 dead and 7 others injured, Preston co-anchored LIVE, non-stop breaking coverage for nearly 3 hours as the situation unfolded.

In February of 2020, Preston reported LIVE from The Oscars in Hollywood, providing nearly a week of coverage from the red carpet for KOMO and Sinclair stations around the country.

Before arriving at KOMO in December of 2018, Preston co-anchored the weekday morning and noon newscasts at KPHO in Phoenix, Arizona.

Preston is a multi-Emmy Award-winning journalist, with a love for enterprising exclusive stories and delivering breaking news.

Preston cares deeply about his community and prides himself on telling stories that bring awareness and improve lives.

Prior to Phoenix, Preston anchored weekend evenings at KGTV in San Diego, where he and his weekend team earned four Emmy Awards for "Best Weekend Evening Newscast."

Preston has reported from the front lines of multiple devastating wildfires and from inside prisons and jails throughout California.

Preston was the first journalist to break the news that San Diego teen, Chelsea King, was missing. He worked directly with Chelsea's mother, delivering live reports, in hopes of finding the teen alive. When Chelsea was later found murdered along a San Diego trail, Phillips completed numerous investigative reports, uncovering and breaking details of her murderer, who was later convicted.

Prior to working in San Diego, Preston anchored and reported at KSEE, in Fresno, California. While in Fresno, Preston investigated and reported exclusively on a U.S. Army veteran facing life in a Mexican prison, over weapons charges. Preston traveled to Ciudad Juárez, Mexico, to interview the veteran behind bars inside the country's notorious Cereso Prison. After more than a dozen reports shedding light on the case, a Mexican magistrate dropped the charges and released the veteran. Phillips was credited by U.S. Consulate officials for saving the veteran's life.

Preston began his on-air television career at KIEM, in Eureka, California, where he anchored weeknights at 6:00 and 11:00.

Preston is a Southern California native and earned a bachelor's degree in Broadcast Journalism from Chapman University. Preston also studied broadcast meteorology and atmospheric sciences at Mississippi State University and is an FAA licensed drone pilot.

In 2002, one of Preston’s brother sustained a traumatic brain injury. Since then, Preston has advocated for TBI survivors through in-depth reports and emceeing countless events.

While in Phoenix, Preston served as the face of Courageous Hearts, a fundraising effort that has brought in nearly a million dollars for military members and veterans throughout Arizona.

Preston and his wife enjoy traveling and spending time with their two kids.