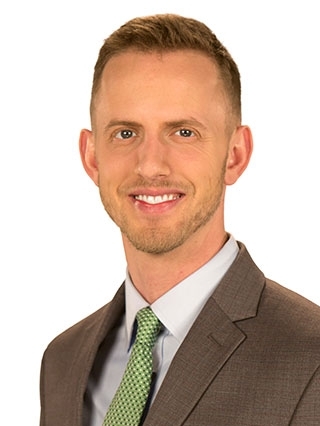 Patrick Quinn began reporting for KOMO News in December 2016. He is thrilled to work alongside such a dedicated staff of journalists in a city where top-notch reporting isn’t just available, but expected.

Before KOMO, Patrick was a sports anchor and reporter at WNCT, the CBS affiliate in Greenville, NC and KTWO, the ABC affiliate in Casper, WY. He also reported temporarily at KIRO in 2017.

Patrick graduated from the University of Maryland with a degree in journalism.

In his short stint in Seattle, Patrick has covered major natural disasters, the 2017 Amtrak train derailment, and Seattle’s (successful) push for professional hockey.

Patrick is a sports fanatic and frequently takes his coverage to the sidelines or the sports desk.

When not reporting, Patrick is exploring the Pacific Northwest with his golden retriever, James Bond.

If you have story ideas, Patrick wants to hear from you! Follow him on twitter at @patrickquinntv or email him at pquinn@komotv.com.