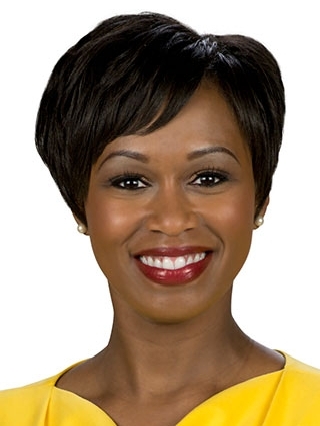 KOMO 4 Morning News Weekday Traffic Anchor/Reporter; Paris also reports during the 11 a.m. newscast. She joined the KOMO 4 News Team in June of 2013 and is thrilled to return home to the Pacific Northwest to work amongst journalists she grew up watching.

Paris joins us from Birmingham, Alabama, where she worked at WVTM-TV, the NBC affiliate, as an Evening Reporter. What's forever etched in her memory is April 27, 2011, the day tornadoes ravaged the state of Alabama. In the mist of the catastrophic loss and devastation, Paris witnessed the beauty of the human spirit, covering stories of resilience, faith and strangers helping strangers. She's also covered some high-profile court cases including an Alabama county filling the-then largest government bankruptcy in U.S. history, and the case of missing Alabama teen, Natalee Holloway who disappeared during a 2005 trip to Aruba.

Her journalism career began as a reporter for KEZI-TV, the ABC affiliate in Eugene, Oregon. Highlights from her assignments include covering the 2008 U.S. Track and Field Trials, with an exclusive interview with 1968 Olympian, Dr. John Carlos. During the 2008 Presidential campaign, she landed a one-on-one interview with then-Senator Barack Obama's brother-in-law, Craig Robinson, the head basketball coach at Oregon State University.

Her work has earned her journalism awards from the Associated Press in Oregon and Alabama. She received a Regional Emmy in 2013 for her reporting contribution to WVTM-TV's one-year anniversary tornado special.

Paris is a member of the National Association of Black Journalists and the Seattle chapter.

A graduate of Washington State University's Edward R. Murrow School of Communication, she earned a bachelor's degree in Communication and double majored in Broadcast News and Ethnic Studies.

Paris was born in Seattle, grew up in Tacoma and is proud alum of Bellarmine Preparatory School. In her spare time she enjoys volunteering, mentoring and rooting for the Cougar football team. Go Cougs!