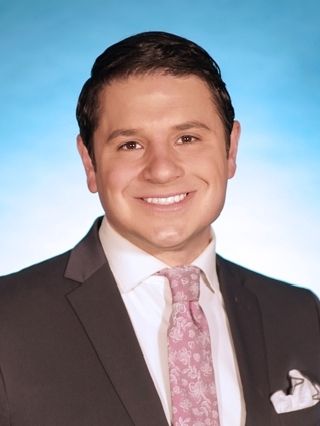 Niko Tamurian comes to KOMO News to lead the charge on Pacific Northwest sports coverage after running the sports department at our affiliate in Syracuse, NY.

He's been honored as the "Social Media Personality of the Year" two years in a row in New York State and has won multiple prestigious Edward R. Murrow awards.

Niko and his wife Farah are expecting their first child in November. They now live in Bellevue with their three rescue dogs, a Dachshund named Jack, a Labrador-mix named Bear and a Pug called Bogey in honor of Niko's most frequent golf score.

He fell in love with Seattle on his honeymoon and made several return trips with his family before making it a goal to call our city home. You'll be sure to find him exploring all the wonderful spots in the PNW.

Niko considers former KOMO sports anchors Mike Ferreri and Tim Lewis his longtime mentors. Niko looks forward to continuing and building on KOMO's outstanding sports coverage by going beyond the box score and telling stories that matter to everyone in the region.

Oh, and bring back the Sonics!