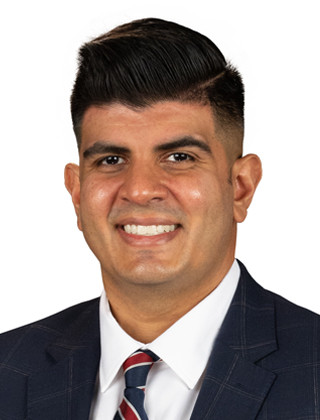 He comes to Seattle from WTVF in Nashville, Tennessee where he worked as the morning reporter for three years at the market’s dominant station. Mo will always value his time at NewsChannel 5 where he learned what it takes to be a true storyteller and the importance of keeping communities informed through impactful journalism.

During his time in the Music City, Mo covered multiple stories that made national headlines, including the Christmas Day bombing in downtown and the deadly tornadoes that tore through parts of the viewing area. Mo was also part of the station’s team coverage for the NFL draft and the Tennessee Titans’ historic run to the AFC championship.

Before coming to Nashville, Mo did a four-year tour of the Midwest. He served as the weekend anchor for NBC 26 in Green Bay, Wisconsin.

Mo started his career as a reporter and fill-in anchor for ABC 9 news in Sioux City, Iowa. While working in Iowa, he was also responsible for covering news in Nebraska and South Dakota. Throughout those four years, he reported on multiple tornadoes, blizzards and snowstorms which contributed to his love for weather-related stories. Even though the South will always be home, the Midwest retains a special place in Mo's heart.

Mo grew up in Houston and New Orleans and is a proud graduate of the University of Houston’s Jack J. Valenti School of Communication. While visiting family in Seattle years ago, he was absolutely blown away by the natural beauty of the area and is now happy to call the Pacific Northwest his home. He’s looking forward to taking advantage of all the great outdoor adventures Western Washington offers.

Outside of work Mo enjoys trying new restaurants, coffee shops and watching sports - especially football. After a years-long struggle with weight, Mo’s become a major advocate for health and fitness and now makes exercise a major part of his life. As a new runner, Mo loves being part of a city with avid runners. Mo plans on competing in his first marathon while he’s in the Emerald City.

Reach out to Mo at Mahaider@sbgtv.com or on Twitter @KOMOhaider