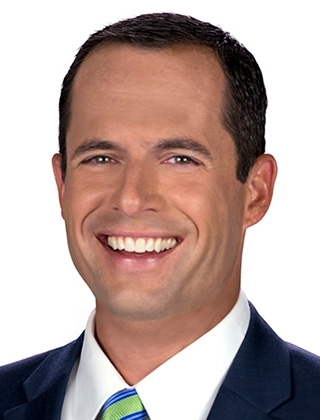 Mike Ferreri is the sports director of KOMO 4 News and can be seen on the air on weekdays at 6 and 11 p.m. A Connecticut native, Mike left his beloved Red Sox behind and went to the University of Iowa where he became a Hawkeye and embraced Big 10 Sports.

After graduating from Iowa in 1993, Mike embarked on a sports odyssey: he was the sports director at WAAV radio in Wilmington, North Carolina for three years. While in North Carolina he hosted a nationally-syndicated NASCAR show for three years then moved on to WHBQ Fox TV in Memphis in 1996 where he was the weekend anchor for six months before being promoted to sports director.

He left Memphis in 2000 for Seattle ready to get away from the heat and enjoy all the Northwest has to offer.

When not covering the Seahawks, Sonics, Mariners or Washington Huskies, Mike spends time on his bike or in a kayak. Mostly, though, he plays indoor basketball in his house with his bride and two young kids.