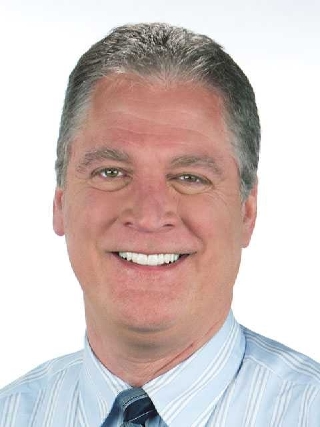 Mark was playing drums at Queen Anne High School when KOMO NEWS Anchor Kathi Goertzen was just departing Cheerleader duty her senior year. His Dad was a test pilot and flight training for jets at Boeing after his duty as a Naval aviator in WWII, and Mom owned the first women's consignment clothing store (Mary's Pop ‘In’s) in Seattle and provided wardrobe for some of the first women anchors in Seattle. Mark's first jobs included Room Service waiter at The Edgewater Hotel and Ticket agent/Dock Asst. at Lake Union Seaplanes Air Service.

Mark is the youngest of seven and is all Seattle and Northwest all the time. A two time winner of the Opening Day Boat Parade "best commercial decorated boat". He is one of the most sought after community emcee/hosts in the area. His love of Seafair has placed him among time with the Seafair Pirates, Seafair Boat Club, The Milk Carton derby, Torchlight Parade entries and is currently the PA/Announcer for the Boeing/Seafair Airshow on race weekend.

Many know him for his TV host duty at KCTS 9 and years of music radio at KBSG Goodtime Oldies. KJR, Warm 106.9 (Christopher Claus) and KIXI Light FM. It was longtime KIRO/KOMO news anchor Bill Yeend who had lunch with Mark one day and said it was time for him to look seriously at News/Talk. That a radio background in music radio is a plus. His first experience was as Co-Host with KOMO's Elisa Jaffe on the KVI "Sunrise Seattle" morning show.

Mark loves to share on radio all that’s going on in this great city and Puget Sound and still an accomplished drummer. He is married to his wife Karen for 29 years and has two daughters Jessie and Jamie (UW and Bellevue College)