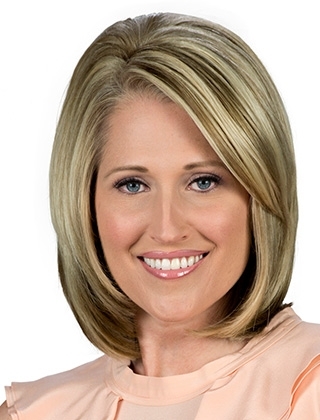 Award winning journalist Kara Kostanich has a passion for uncovering stories that make a difference in her community. Kara's work has taken her from the shores of Indonesia to the Presidential campaign trail and now back to her home state of Washington.

She joined KOMO 4 News from CBS 4 in Miami where she was a general assignment reporter covering everything from crime to politics. She's thrilled to be home after reporting and or anchoring for TV stations in West Palm Beach, Spokane and Jackson, Tennessee.

During Kara's five years in Florida she reported on the aftermath of Hurricane Irene from the Bahamas and covered landmark launches of Space Shuttle Discovery and Endeavor from Kennedy Space Center. She was also the lead reporter on a massive 33 day recovery effort to find a group of missing college students and professors who were killed in the 2010 earthquake in Haiti.

Kara covered the race for the White House across Florida in 2008 and 2012 earning the first one-on-one interview with then Senator Barack Obama in the state. Among her varied assignments, she has covered the Republican National Convention in 2004 in New York City and the Democratic National Convention in 2004 in Boston and again in 2008 in Denver. She reported from Ground Zero on the third anniversary of 9/11 and covered the National Police Memorial for a fallen officer in Washington, DC.

In 2004 after a fatal tsunami struck South Asia Kara traveled to Banda Aceh, Indonesia to chronicle the work of a group of Tennesseans determined to help those who lost everything. The Tennessee Associated Press honored Kara for her series on their mission.

Outside of work the Washington native has a passion for adventure. She has traveled across six continents visiting more than 50 countries. After graduating from college, she spent seven months on what she fondly calls an "Round the World Adventure" where she trekked to the far corners of Africa, Asia, India, Australia and New Zealand. The trip taught her the value of freedom of information, an experience that ultimately inspired her to become a journalist.

Kara loves the outdoors. After all, she grew up on a sailboat on Puget Sound and spent her summers in the San Juan Islands sailing with her family. She also enjoys skiing and photography.

She has studied abroad in Belgium and Chile and resides in Seattle with her husband Nelson Reyneri.