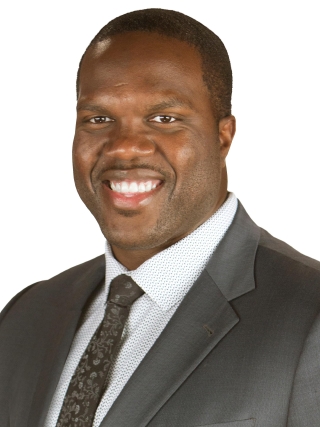 Femi Abebefe joined KOMO News as Weekend Sports Anchor/Reporter in August of 2019. He’s an Everett native who is ecstatic to be back home covering the athletes and teams he’s been following for years.

Femi graduated from Western Washington University in the Fall of 2012 with a bachelor’s degree in journalism and a minor in communications. It was during his time in Bellingham where he learned that broadcast journalism would be his calling. He finally got his big break in September of 2013 when he got his first job at KTVZ-TV in Bend, Ore. In Bend, he got the opportunity to cover the Cascade Cycling Classic, Pole Pedal Paddle, the Oregon Ducks men’s basketball team in the NCAA tournament, the U.S. Open at Chambers Bay, Olympic Trials and numerous successful high school sports teams.

In August of 2016, Femi returned to the state of Washington when he took a Sports Anchor/Reporter job at KHQ/SWX in Spokane. As a part of a six-person sports department, Femi anchored, reported, produced and called play-by-play for a wide variety of Inland Northwest sporting events. As a westsider, he quickly learned about the passion for sports on the other side of the mountains. At KHQ/SWX, Femi covered multiple NCAA tournament runs for the Gonzaga men and women’s basketball teams, WSU football’s historic 11-win season that ended with an Alamo Bowl win, Spokane Hoopfest (the largest 3-on-3 basketball tournament in the world), Bloomsday run and more.

He is now extremely excited to be back in the city he loves to cover professional sports. In his free time, he loves to hang out with friends and family, go to the gym or grab a beverage at the local pub to catch a game or two. Make sure to say hello if you see him out at your favorite sporting event! You can find him on Twitter: @FemiAbebefe or if you have an awesome story idea, make sure to reach him via email at feabebefe@sbgtv.com.