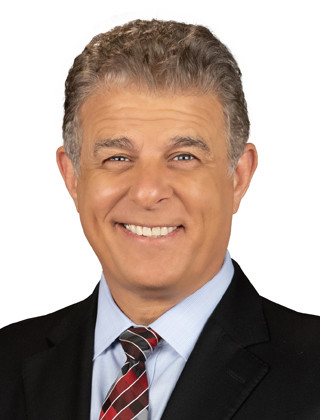 Eric was the Sports Director at KOMO for many years, but recently he became the anchor for the 5:00 news.

He was raised in Spokane (East Valley High School), and majored in broadcasting in the Edward R. Murrow School of Communications at Washington State University. He also played baseball at WSU (he says with very limited success).

In his 15 years at KOMO, Eric has been awarded more than 25 Regional Emmy Awards, and in 2007 was given the highest prize in local television news, a National Edward R. Murrow Award for best feature story in the country.

He has been in the middle of most of the major Seattle sports stories of the past decade and a half. He was there for the '95 Mariners, and the '96 Sonics, the Seahawks Super Bowl run, too many Apple Cups to count, and the Storm's championship season.

Eric has a wife and two children; a boy and a girl. In his spare time he plays in an adult baseball league, works on his antique Ford, plays piano, and writes music.