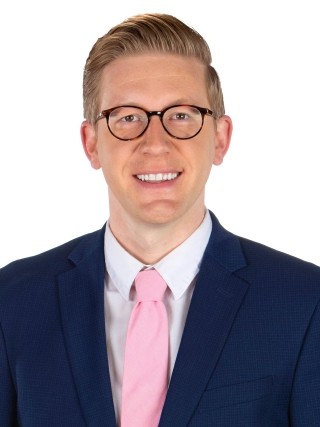 Cole Miller joined the KOMO News team as a reporter in September of 2019.

No stranger to the Pacific Northwest, Cole spent the last four years reporting and anchoring in Portland at KOIN. It was there he covered the devastating Eagle Creek Fire, protests and riots following the 2016 election, a deadly shooting at Umpqua Community College, the 41-day armed occupation of the Malheur National Wildlife Refuge in Burns and issues of homelessness and housing. He also traveled to North Dakota to cover the controversy surrounding the Standing Rock pipeline project, to Hawaii for Hurricane Olivia, to Phoenix as the Ducks’ basketball team played in the Final Four, Northern Idaho to cover extremist preppers and British Columbia to profile hate groups. His work as the go-to breaking news reporter helped the 11 p.m. newscast take home the Emmy for “Best Newscast” three years.

Before Oregon, Cole worked in Albuquerque, New Mexico at KRQE. Covering the state legislature in Santa Fe, wildfires across the state, high profile police shootings and a shooting at a Roswell middle school, the expansive Southwest is where he honed his skills shooting video and writing as a multi-media journalist.

His start in broadcast news came in his hometown of Lincoln, Nebraska. Before graduating a Cornhusker, Cole was already reporting for the ABC affiliate, KLKN. In his two years reporting there, he covered extreme weather including tornadoes and flooding, one of the state’s worst droughts and one of the best assignments, Husker football. Cole won multiple AP Awards for his work on agriculture and spot news.

Living in Seattle, Cole is car-free and spends his time off the clock biking, at the gym and occasionally dabbling in still photography. While it hasn’t been easy the last couple of decades, he also spends Saturdays in the fall cheering on the Huskers.

Feel free to reach out to Cole if you have a story tip – cmiller@komonews.com or on Twitter - @ColeMillerTV.